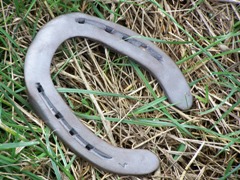 When people look at someone successful, they often attribute it to luck or circumstance – being at the right place at the right time!

Is it all luck though? Pure, random, coincidence? Or is there more to it?

What if there was a way to create your own luck? A way for you to be at the right place at the right time, just when you needed to be! Well, my friend, you’re in luck, because there is such a way! Today’s your lucky day (good thing you chose to stop by!). Here is my patented (I wish!) 4 step system to creating all the luck you want!

Before we begin, let me define what I mean by luck. I’m not talking about winning the lottery here (although you could try!). I’m talking luck like someone developing a silly game for the iPhone about flinging birds at pigs. WHAM! #1 game on the app store for how many years now? How lucky is that?!?

I’ve had my share of luck over the years. A couple of years after I started CLO, the dean of the university I was studying Chinese at, asked me to introduce my site to her. She then discussed what it would take for me to create such a site for her language center. 6 months later, my new site for her was launched.  And 3 years later, I still earn a monthly revenue from it. How lucky was I to be at her language center right when she wanted someone to create such a site! What you didn’t hear in those stories was about all the years of preparation, rejection and failures that happened before luck struck. Let’s take a look at the 5 principles and how they apply to my story and Rovio (not that I could compare my itty bitty success with them otherwise!).

Step 1: Know what it is that you want. Really clearly!

What is it that you hope to get lucky with? Before you do anything, take the time to figure this out. Write it down if you can. The more clear you are in this step, the luckier you can get later. Luck can’t help you if you yourself don’t know what it is that you want.

In my case, while CLO was doing well internationally, I was looking for a way to tap into local foreigners in Taiwan who wanted to learn Chinese. The only way to purchase access on CLO was by using a credit card, which was something that many local foreigners didn’t have.

Their needs were also different. Since they already lived in a Chinese speaking environment. I would have to create a new product for them with a new payment system. So I was on the lookout for such an opportunity. Had I not been, the opportunity would have slipped by without me ever noticing.

In the case of Rovio, they are a games company in Finland that was started in 2003. The had launched 51 titles (yes you read that correctly) before having their first hit with Angry Birds. In fact, just prior to the launch of Angry Birds, business was not very good.  They had reduced their staff from a peak of 50 to just 12. They needed a hit, and they needed one fast!

Their problem in the years prior had to do with distribution. Any time they came up with a new mobile game, they had to negotiate deals with each mobile carrier and phone manufacturer separately to distribute their game for them. So they were on the look out for a better distribution model.

When Apple launched the app store for the iPhone in 2008, they pounced on it!  Their goal was to create a popular app for the iPhone first, and then use that success to expand to other platforms later.

Have you ever been in the market for a new car, and then suddenly noticed that same car being driven around you by so many people? How did that car get so popular all of a sudden?

Well of course it didn’t. It just seems that way. The cars were always there, you just didn’t notice them before. It’s the same thing with luck.

Opportunities are always around you. You just need to be aware of them. Knowing exactly what you want helps you become aware.

Step 2: Do your homework.

Ok, you know what you want, and you’ve written it down. Good job! Now it’s time to do your homework.

When opportunity does come along, will you have what it takes to take advantage of it? If you’re looking for that dream job, do you have the qualifications for it, if an opportunity opened up tomorrow?

In my case, when the university wanted their site, I already had CLO to show them. I also already had a plan of what I could create for them that would meet their needs. If I didn’t have this ready, the deal wouldn’t have gone through.

In Rovio’s case, they researched what types of apps were successful. As Wired reports:

It should be physics-based (popular on Flash websites at the time); there should be no tutorial; loading times should be minimal, so that you could play happily for just one minute; and it needed an icon which would stand out in the App store.

Angry Birds was created to match all the criteria they had researched for successful apps. Their homework paid off!

Now that you know what you want and have done your homework on it, it’s time to find the people to help you make it happen. These could be the people who help you create the product on the back-end, or the connections on the front end who introduce you to the right people.

In my case, I already had a programmer on standby who had helped me create CLO. He later implemented the changes for the new site for me. I also had a teacher who became one of my biggest supporters. She introduced my site, and later me to the dean. Without her, this project wouldn’t have gone through.

To give their app maximum opportunity, Rovio used an independent publisher Chillingo, who had several successful titles under their belt already. Chillingo also had a good relationship with Apple, which set the stage for Angry Birds to be a front page featured app.

Make a list of the type of people you need to become lucky. If you can’t reach them directly, find an intermediary to help you make the right connections.

Once you have gotten to this stage, make sure you’re able to follow through. The last thing you want is for opportunity to come knocking tomorrow, but you’re too busy to answer the door!

The dean was ready to use my site, if I could have it ready for the fall semester. That didn’t leave me much time to get a prototype ready, and have students try it out and give feedback before the final version was ready. However I did what it took to make it happen.

In Rovio’s case, they made sure they too were prepared for their eventual success.

On February 11, 2010, Apple agreed to feature Angry Birds on the front page of the UK App Store as game of the week. In preparation, Rovio made a YouTube trailer, only the second ever for an iPhone game, which has now had over 17 million views. The company also created 42 new levels, which went far beyond those of the simplistic first episode in imagination and design. Finally, Rovio made a free, Lite version. All three were released within three days. After it was featured, the app jumped from the around 600th to first in the App Store. “The sales hit a different level,” says Mikael. “It was April when we went to number one in the US.” It hasn’t budged from the top-ten since. Rovio had their hit.

Congratulations! Lighting struck, and you took advantage of it. Now what? You could sit back and relax on a beach somewhere. Or you could maintain the momentum you’ve earned so far and try to take it to the next level.

Having one university under my belt gave me the credibility to approach other universities in Taiwan since then. I have since been approached by one other university and am currently working on an even bigger project for another educational institute.

Rovio has gone on to expand Angry Birds to other mobile platforms, the web, TV and even offline to books and toys. Something tells me they’re not done yet!

Hopefully you got something from the above. Yes, some people certainly seem luckier than others. But if you go behind the scenes, you’ll usually find that there was a lot of work that went on to create that luck!

The good news is that you too can create this same luck, with a bit of effort and preparation. As they say, you have to be lucky to be good, and be good to be lucky!