Once you have a developer building an iPhone app for you, it is important to test all aspects of it. How does this process work?

Have the Right Device

Ideally, you want to have your own devices available that you can test on. You could depend on beta testers or iPhone simulators, but this is not the same as testing your own app on your own device. One of the benefits of developing for iPhones, is that testing is much simpler than it is on Android. All you need to get started is the latest model of the iPhone (since each new model tends to eclipse previous models in sales) – which is what the majority of users will (soon) have.

Things are a little trickier these days with the iPhone 5, since it has a different form factor that previous iPhones. This means that, to avoid complications, you would want to test on an iPhone 5, and an older iPhone just to see what your app would look like on both devices.

Bottom line: If you’re a small developer (as most people are), then focus on the biggest market – pick the current model iPhone and the latest operating system and make sure you’re testing for that.

Getting the Test Version onto your iPhone 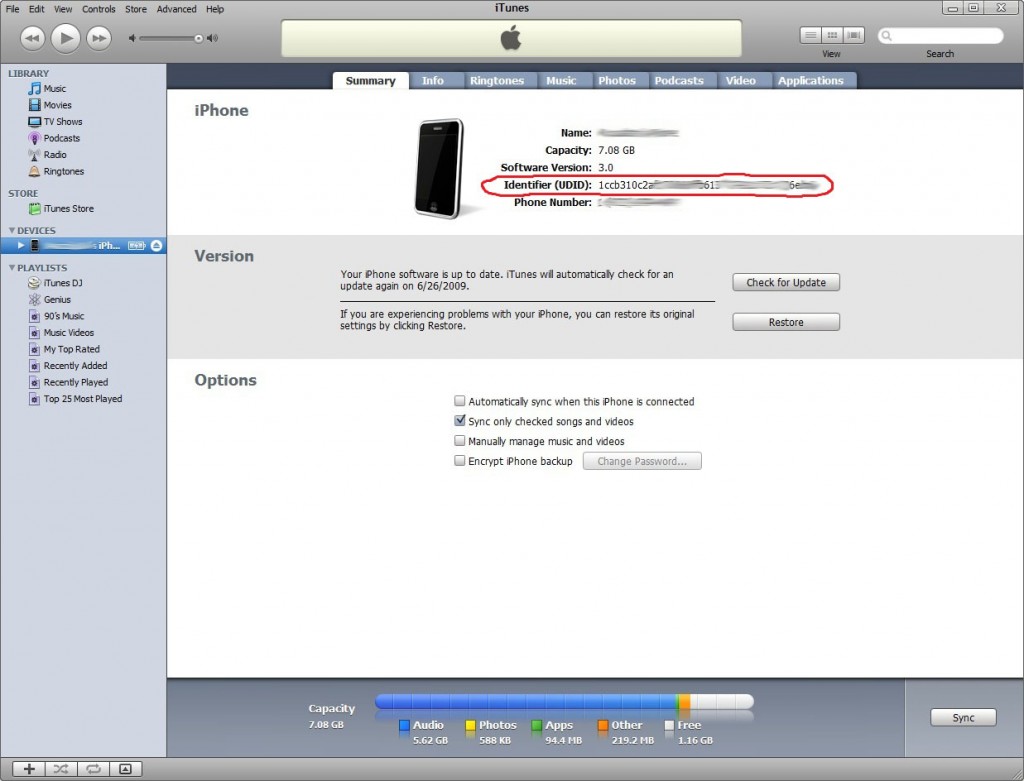 So how do you test a mobile app on your device? The first thing you need to do is find your device ID (also called UDID – Unique Device Identifier). This number will need to be emailed to your developer. He will then create a special beta test version for you using this UDID. Because the UDID will be a part of the file, other devices will not be able to run this version of the app, unless their UDIDs are also provided (Apple lets you submit UDIDs for up to 100 devices).

There are two ways to find your UDID – one (3rd party app) easier than the other (iTunes).

Once your developer has your device ID, he can then email you a test version. How do you install it to your phone from the emailed file? Again, there are two ways – and again a 3rd party company has come along to provide a non iTunes way (easier) way:

Nothing beats the feeling of testing a live version of your app on your own device. There is something exhilarating about seeing your concept go from conception to mockups to actually running on your phone! So what are you looking for at this stage?

Depending on the complexity of your app, you may also want to get other users involved to test out your app. This is important since while you understand your app well and how to use it, others may not understand the concept as well as you do. When getting others involved, ask the following questions:

For smaller apps, you and invite friends to help you beta test, by emailing them with copies of your app (using the same methods listed above).

For more rigorous testing, you can sign up for a 3rd party service that match developers with testers, such as thebetafamily or centercode.

So while your developer is working on more advanced features, you should be testing the current feature set to make sure everything’s working the way it should be. The earlier a bug is found or change is made, the more time and money it will save you down the road, so be diligent in this area.

If there are any other tips you’ve used during the testing phase, or any other 3rd party resources you can recommend, do let me know in the comments below.