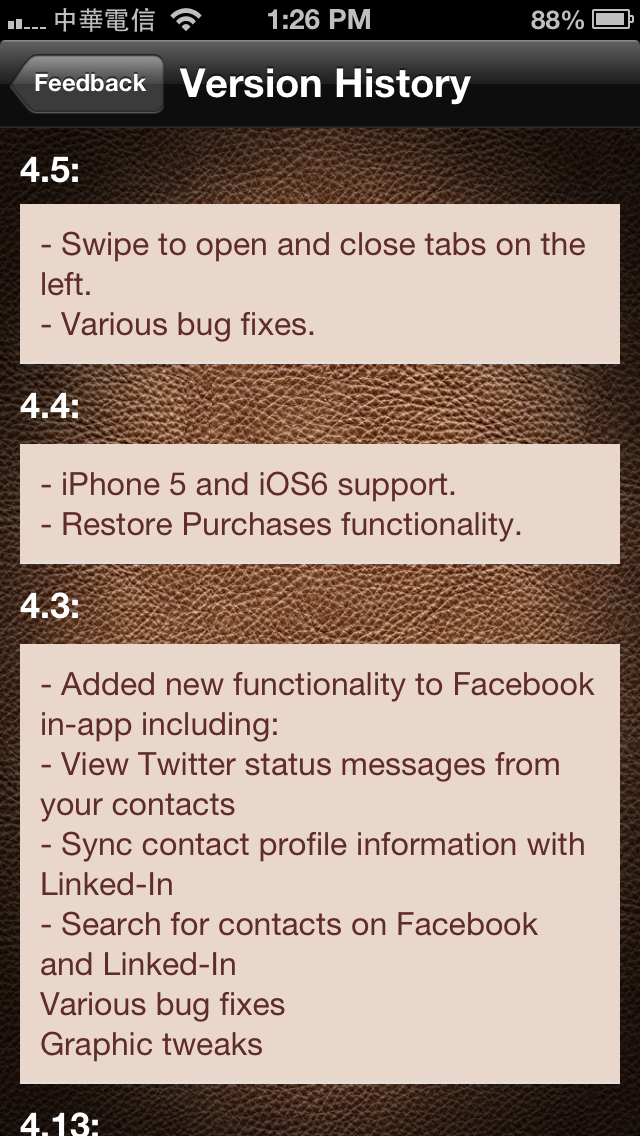 Getting your first app published on the app store is a big accomplishment. However for most apps, it is just the beginning. Depending on the type of app and its complexity, you may need to continue supporting the app with further updates. In what situations should you be releasing updates?

This app has been my most ambitious app project to date. The goal was to take the functionality of several apps and combine them into one. So instead of having separate apps to manage your contacts and events, a single app could combine the functionality into one. I started with just the contact manager functionality, then slowly added additional features to it, that I’ve been selling as optional add-ons.

Since the first version, I’ve had to release updates to support the retina display and more recently, Apple’s iPhone 5 screen. The app also interacts with Facebook and Twitter APIs to integrate that functionality into it.

There is a term in the industry called feature creep that you should watch out for. As users give you feedback on your app and suggest new features for you to add, make sure you keep in mind the original vision of your app, and don’t stray away from it. Otherwise, two issues may occur:

If you find yourself straying too far away from your app’s original purpose, then you can consider spinning off a new app instead.