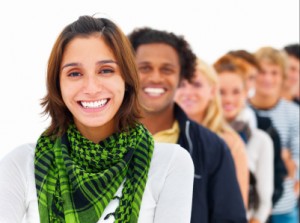 While my last post talked about what steps you should take when creating a new product, this post is meant for those with existing products. From the different projects I’ve worked on, Chinese Learn Online is the site I’ve had and maintained for the longest time.  There are several customers there who have stuck through from the very beginning and continue to remain on the site. What is the reason for that, and how can I ensure that my future projects also attract similarly loyal customers?

Make sure you keep in touch with your customers, especially your top ones. Find out what it is that they like about your service. What is it that they feel can be improved? Some of my most loyal customers have been ones who initially approached me with a complaint or concern about the site. They liked that I took their feedback seriously and used it to improve the site. This caused them to give me further suggestions to improve the site – suggestions that I wouldn’t have heard about otherwise – which resulted in further improvements to the site. Who wouldn’t support an organization that constantly listened to you and made the exact suggestions you gave them?

We live in a world that is constantly changing. Technology is constantly changing, and people’s expectations of the products they use change with them. Look at sites like Facebook, Google and Amazon and compare them with what they looked like a few years ago. Does your site have a mobile app to go with it? Do you have a Facebook page to communicate with your customers? These are all expectations that users have today, and if you don’t provide them, they may end up leaving for someone who does.

If you have customers who have been with you for a while, make sure they know how much you value them. After all, it’s much more cost effective to keep an existing customer than to constantly have to acquire new ones. Some of the approaches I’ve used here including grandfathering them in on cheaper plans that are not available for new customers, and letting them earn download credits for being long term users. Make it difficult for them to leave because of all the data or services they would lose by leaving.

Compare that to many mobile phone companies who reward new customers with new phones and plans that are not available to older customers who have been with them for extended periods. Does this inspire you to be loyal to them?