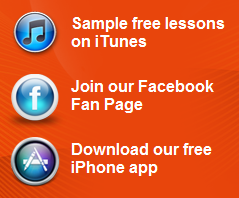 When I started my first site, there were two ways for people to find it – by landing on the main site itself or by finding it on its iTunes podcast page. The main medium for the content was MP3 audio lessons that could be downloaded and listened to on your iPod.

Later, users asked if I could provide them with a PDF transcript of the lessons. That became the start of the subscription model – free audio and pay for PDF transcripts.

A couple of years later, the iPhone was released and subsequently, apps started appearing for it. People asked for a CLO app, so we created one for it.

Later, it became clear that YouTube was a big source of users, so we created a CLO YouTube page with some intro videos there. Since some users like to learn using video, I have recently started offering a CLO video course on Udemy.

In this day and age, it’s become clear that in order to expand our market, instead of driving users to our main site, we have to push our content to other platforms. So we have started to become more active on Facebook and Twitter. 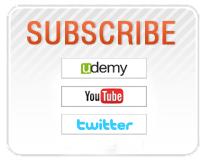 Obviously there are other formats we could expand to. We have an empty Google+ page and still don’t have an Android or an iPad app, even though both have been requested.

Assuming that you have an existing winning product, your users will expect you to be where they are and provide them the formats they expect. Fortunately, there are a lot of tools available to help with this process and let you manage multiple social networks at once. It still up to you to take the initiative and put your brand out there. If not, then your competition will gladly fill the void.